Published on Monday, August 1, 2022
Two of golf’s major junior championships return when the 46th Junior PGA Championships tee off at Cog Hill Golf & Country Club in Palos Park, Illinois, Aug. 2-5. This is the first time both the boys and girls  Championships  are at the same venue since 2017.
The field of 156 top female junior golfers will compete for the Patty Berg Trophy. The girls division features six of the top 10 junior players according to the Rolex AJGA Rankings highlighted by No. 3 Leigh Chien, No. 5 Jasmine Koo and No. 5 Kaitlyn Schroeder.
In the field of 156 top male junior golfers competing for the Jack Nicklaus Trophy will be three of the top 15 junior players: No. 4 Nicholas Gross, No. 12 Byungho Lee and No. 13 Henry Guan.
Included in the two fields are 100 golfers committed to play at the collegiate level, as well as 26 Illinois natives.

Where the best in the world got their start.

The Junior PGA Championships are where the best in the world get their start. Among the previous participants are Stewart Cink, Jim Furyk, Inbee Park, Dottie Pepper, Yuka Saso, Jordan Spieth, Justin Thomas, Lexi Thompson and Tiger Woods.
The 2021 Boys Junior PGA Championship saw champion Caleb Surratt post a third-round record 62 on his way to the title. Anna Davis’ seven-shot lead earned her the 2021 Girls Junior PGA Championship. Surratt is headed to the University of Tennessee this fall. Davis, who is the No. 2 in the latest Rolex AJGA Rankings, will miss the 2022 championship to take part in the AIG Women’s British Open.

Players to Watch at the 2022 Junior PGA Championships:

Leigh Chien - Irvine, California
Chien, a Stanford University commit, is currently ranked No. 3 in the American Junior Golf Association Rankings. She prevailed as the 2022 AJGA Mariah Stackhouse Girls Invitational Champion after winning the California State Individual Girls Golf championship in 2021.
Jasmine Koo - Cerritos, California
Koo clinched the Sergio and Angela Garcia AJGA Championship in March 2022 and a month later secured a second AJGA championship at the PING Heather Farr Classic. She was a 2020 Rolex All-American and is verbally committed to the University of Southern California.
Kaitlyn Schroeder - Jacksonville, Florida
University of Alabama commit Kaitlyn Schroeder won the 2022 Rolex Girls Junior Championship. Schroeder, a pickleball enthusiast, was also a quarterfinalist at the 73rd U.S. Girls Junior Championship. She made the 2021 Junior Solheim Cup team and was a First Team Junior All-American.

Nicholas Gross - Downington, Pennsylvania
Gross won the 2021 AJGA Junior All-Star Invitational. He was the runner up at the 2022 AJGA Simplify Boys Championship. Currently, Gross is ranked No. 4 in the AJGA rankings and leads the 2022 East Team for the AJGA Wyndham Cup.
Byungho Lee - Seoul, Korea
Lee, a South Korean native, won  the 2022 Scott Robertson Memorial and the 2022 Polo Golf Junior Classic. He has participated in 11 events, which ranks him at No. 12 in the AJGA rankings.
Henry Guan - Dallas, Texas
Guan, a previous Drive, Chip and Putt Participant, has played in 14 events and is ranked No. 13 in the AJGA rankings. Guan is coming off a win at the 2022 Wyndham Invitational.

Illinois Natives in the Field (26) 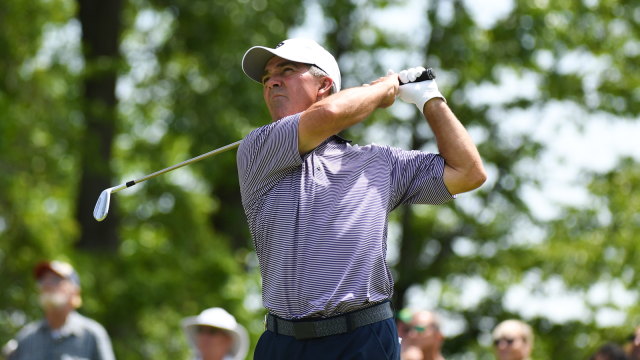 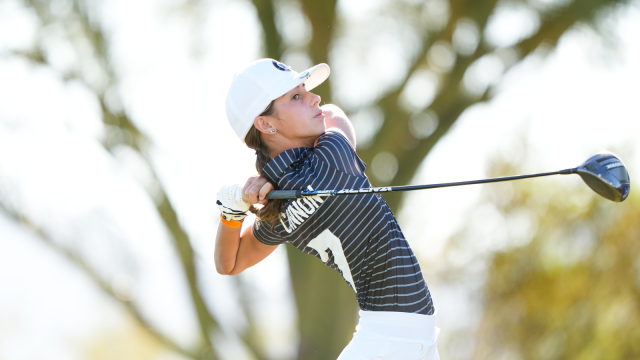 Go Like A Pro with Team Oklahoma & Cameron Young 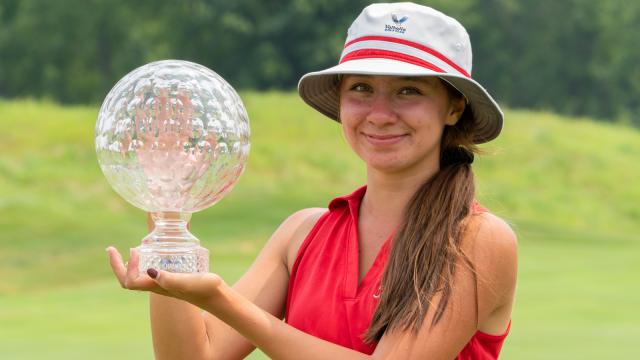