Ashley Grier, PGA is heading into her sixth major championship start with a mindset unlike before: “I can compete there if I believe it. I can win there if I believe it, and I believe it."
Ashley Grier has participated in four previous KPMG Women’s PGA Championships along with a U.S. Open. With all of this past major championship experience, this PGA pro has learned quite a bit during her time competing with the best of the best.
“Distance is my biggest enemy,” Ashley Grier says, “I would go into these events just terrified of the length, now my mindset is a little different.”
Grier has been focusing a lot of her practice time on her short game and irons, rather than worrying about bombing it off the tee.
“Congressional will be all about ball placement on the green. The greens will be tough and hard to read, so I will need to focus on where I am landing it more than anything,” Grier says.

The stage is (almost) set! 🤩 @AshleyGrierGolf, PGA and Congressional’s PGA Director of Golf & Athletics, Jason Epstein give us an inside look at the Blue Course ahead of the @KPMGWomensPGA! pic.twitter.com/gGHCpmQ6yB

Ashley Grier went from fearing the distance of the golf course to embracing it.
“What showed me that I am capable of winning, even with the distance, was my last time playing in the KPMG (Women’s PGA Championship). I had my worst ever first round, then the second round I shot even par. At a major championship. It can be done and I can do it,” Grier says.
“I did not even think about the length of the course during that second round. I just played golf.”
Ashley’s father, David Grier, has been a PGA member for around 40 years, and even her sister, Andrea Grier, is a member as well.
“We are quite the golf family. My parents bought a golf center in 1990 that I started working at pretty recently. I wanted more time to teach, but also more time to work on my game. I thought what better place than here,” Ashley says.
Ashley’s parents own Ying Ling’s Golf Center in Hagerstown, Maryland. Conveniently not too far from Congressional Country Club in Bethesda.
“I’m going to have a lot of people from home watching me,” Grier says, “I think it will make everything even more exciting.”
Ashley Grier is entering a major championship field feeling like she belongs there, and knowing she belongs there. Keep an eye out for this PGA member, she is comfortable on this stage and it will be fun to watch. 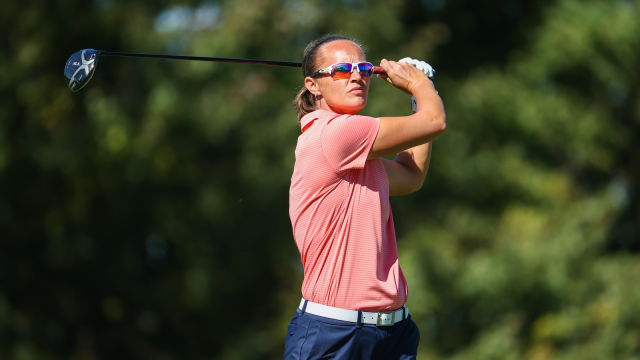 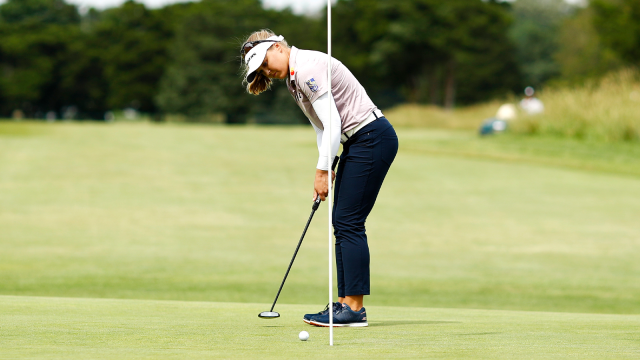 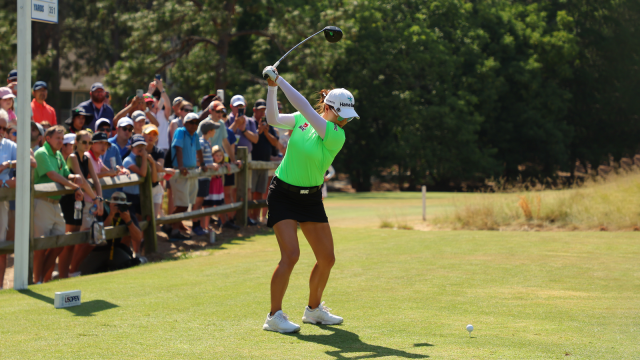 Minjee Lee Has Earned More than a Major