Junior PGA Champions, Kaitlyn Schroeder and Max Herendeen pose with the Patty Berg Trophy and Jack Nicklaus Trophy after the final round for the 46th Boys and Girls Junior PGA Championship held at Cog Hill Golf & Country Club on August 5, 2022 in Lemont, Illinois. (Photo by Hailey Garrett/PGA of America)

Newly crowned Junior PGA Champions, No. 6 ranked Kaitlyn Schroeder and University of Illinois Commit Max Herendeen, found commonality on their way to winning at Cog Hill Golf & Country Club on Friday - a pair of college coaches instrumental to their games and the execution of their game plans. Herendeen, of Bellevue, Washington, cruised to a 5-shot win while Schroeder, of Jacksonville, Florida, saved her best for last with a 6-under 66 to win by two strokes at the 46th Junior PGA Championships.

Herendeen finished 16-under 272 after shooting 4-under 68 in the final round. Schroeder overcame a two-shot deficit to win the Patty Berg Trophy at 14-under 274.
“It was definitely a ball-striking week,” Herendeen said. “I didn’t putt as well as I probably could have. I struck the ball well. I left a lot of shots out there with the putter. I just knew if I kept giving myself opportunities, I’d have good chances. Mentally I got myself around the course really well, played to the smart side of the holes, really eliminated the big numbers. That was my goal for the week, no doubles and we got through the week with no doubles.”
Schroeder played in the group ahead of the girls’ leaders. She had to wait to see Rianne Mikhaela Malixi bogey No. 18 before celebrating her win.
“It was a good day,” Schroeder said. “I finally was able to make a good amount of putts. I made a couple of 40-footers, which always help. I played well the day before yesterday. So that gave me a little more confidence coming into today. I like chasing. They only had a two-shot lead. So coming in today, I felt comfortable where I was. I knew if I did what I did today - not make any mistakes, hit quality golf shots, hit quality putts, it could go my way. I just wanted to give myself a chance to win today and I did.”

Both Schroeder and Herendeen credit two college coaches for the success in their golf games that led to wins at Cog Hill. Schroeder is the daughter of University of North Florida head men’s golf coach, Scott Schroeder. She is a University of Alabama commit.
“I love having my dad as a coach,” Schroeder said. “Him being a coach and growing up around it has been great for me. He teaches me the same way he teaches his players. It’s helped me learn more about the game. Seeing how his players do things and comparing it to how I do things has been great for me.”
Playing 130 miles from his future campus in Champaign-Urbana, Herendeen won the Jack Nicklaus Trophy with his future coach in attendance - Illinois head men’s golf coach Mike Small.
“More than anything, since I committed, he’s been a huge mentor to me,” said Herendeen about Small. “We talk regularly, just about what I need to improve on, what I need to get better at, the mental side of the game. He’s been a huge part of my entire golf game. I wouldn’t be here without him.” 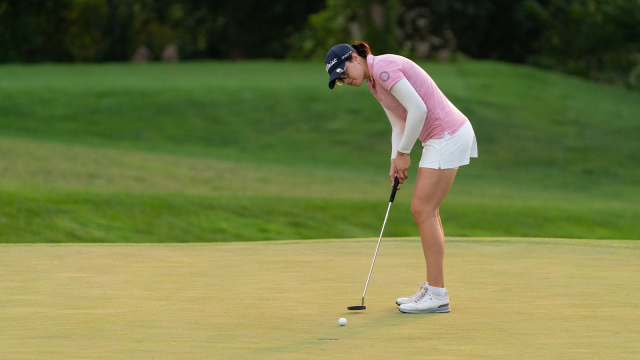 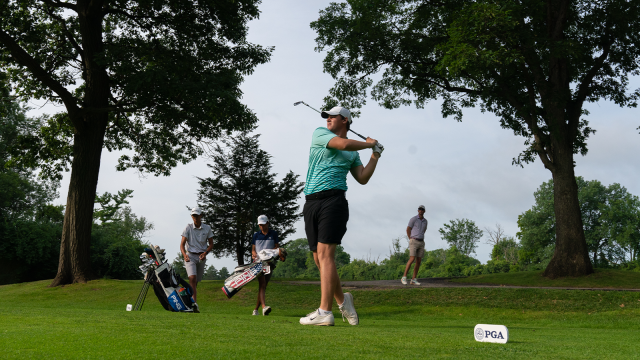 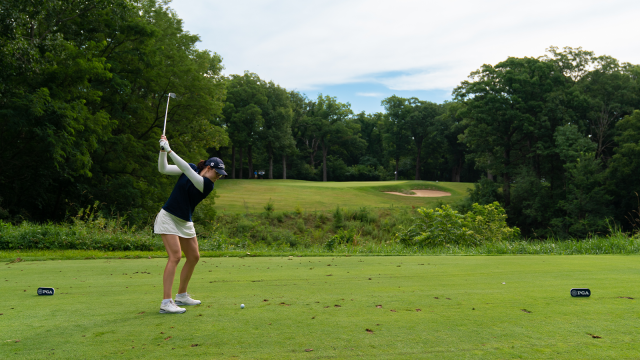 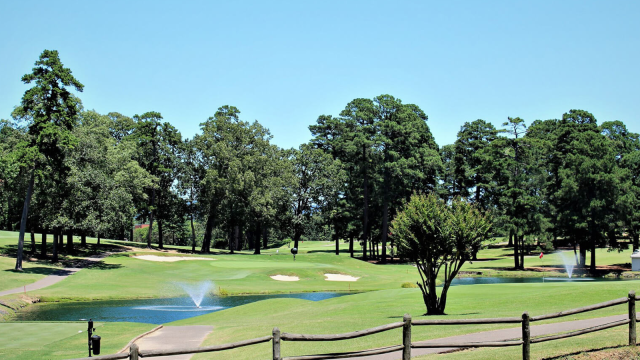