What Makes the Old Course at St. Andrews So Special?

Signage of at the Old Course at St. Andrews.

To the amateur eye, it almost looks like the surface of the moon. There’s various forms of vegetation, humps, bumps, mounds, and no trees. Yet, it’s seemingly the perfect parcel of land to host a golf tournament. As we await the opening tee shot at the last men’s Major Championship of 2022, there’s one thing that rings true amongst the players... Everyone loves the Old Course at St. Andrews.
St. Andrews is hosting its 30th Open Championship. Legends of the game have played and won here. Bobby Jones, Sam Snead, Jack Nicklaus, and Tiger Woods have all earned a Claret Jug at the home of golf. As you watch this week you may wonder why this course is so revered. Take a moment and consider these elements as you look forward to the playing of The Open Championship.
History plays a vital role in creating tradition. Let’s start from the beginning, the very beginning. Golf was first played in the 15th century at St. Andrews. In 1754, the R&A came together in town. Around 1863, Old Tom Morris organized the 18-holes we see today. In 1873, the course hosted its first Open Championship. Following the construction of the “New Course'' in 1895, it garnered the name the “Old Course.” If standing the test of time in golf counts toward par, then St. Andrews Old Course holds the earth’s course record.
They say imitation is the sincerest form of flattery. No course in the world has been copied more than the Old Course. Oddly enough, no facsimile can quite mirror the uniqueness of the course. The Par-72 layout has two Par 3’s, two Par 5’s and fourteen Par 4’s. The first nine stretches out toward the sea. Then at an area they call “the loop” it returns on a parallel path on the inward nine.
The design of the Old Course adds to the uniqueness in a couple of special ways. Since the holes run side by side, there are seven shared greens and eight shared fairways at St. Andrews. From the start, a vision was maintained as each of the holes that share a green add up to 18 and each of the holes that share a fairway add up to 19.
Speaking of those shared greens, they are enormous in size. If you split them up, they still occupy approximately 13,608 square feet on average. That’s over twice the size of the greens at Augusta National. How many times in your life have you struck a 100-foot putt? It can happen more than once in a round at the Old Course.
The Old Course has 112 bunkers. Some are so famous they even have names. The Seven Sisters, Principal’s Nose, the Coffins, Hell Bunker and of course the infamous Road Hole bunker all adorn this classic landscape.
Those who study and play the Old Course all agree it is the most strategic design in the world. How can a course with no trees and almost no penalty areas cause one to think so much?
Watch The Open Championship this week and realize that much of golf is played on the ground. Notice the best in the world struggle with the surface imperfections. Those bumps, lumps and humps are the beauty of the Old Course. Capturing the Claret Jug means you can decipher the landscape and maneuver amongst the elements. Notice the subtle intricacies of the layout, and then you will certainly see why the best in the world revere the Home of Golf. 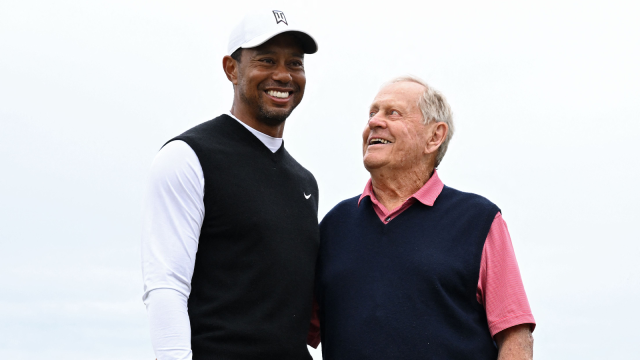 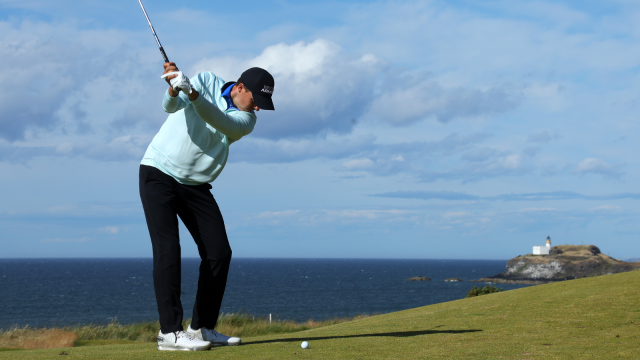 How to Play in the Wind